How To Evaluate Your Sales Process

How to Evaluate Your Sales Process

Steps to Evaluating Your Sales Process

Look back at the last five or 10 deals you closed. What were the major steps in the process? What were the touchpoints with the customer?

Consider roughly how long the entire process took, and how much time elapsed between each step. The more examples you have (and the more people on your team those examples come from), the better.

Once you've identified that timeline, work backward to understand the timeline each rep should expect. For examples

Once you understand your sales process, you can dig deeper to understand the subtle motivations and pain points that drove each deal to close.

While every sales process is different, chances are, the steps you observed align at least somewhat with the common steps outlined above. Your list of steps might be shorter or include stages not listed above, but a generic example is often a good starting point.

For each of the stages you define, you’ll want to have a crisp explanation of what causes a prospect to move from one stage to the next. Ideally that reason or cause will be based on the actions of the prospect, not the perception of the sales rep. Ask questions like:

Devising your teams’ sales process is a job that never ends. Especially in the weeks and months after your initial research, you’ll want to continue to iterate based on feedback from your team.

It’s likely your sales process will evolve as your team finds ways to work more efficiently and move prospects through your pipeline faster.

As you define and evolve your sales process map over time, you’ll want to think about which key metrics you should be measuring at each stage.

For example, how many prospects transitioned into and out of each stage in a given time period? You’ll want to be able to easily draw out conclusions like, “In July, we started with 75 prospects in the ‘awaiting demo’ stage ... at the end of the month, we had moved through 28 prospects, and added 19, leaving us with 66 prospects in the ‘awaiting demo’ stage.” Here are some other examples of sales metrics for the different stages:

These are the very basics most teams find value in measuring. Give some thought to metrics specific to your business that will help you define success or the need for improvement in a particular stage.

Common Mistakes and Tips for Success

It’s important to define specific, concrete actions that move your prospects from one stage to the next. If you don't formalize these triggers, your sales team might come away with a less accurate understanding of where things are and aren’t working, leading to mishandling of the sales process steps.

Once you've defined your sales process, document it, share it, and practice it with your team. Try role-play exercises to drive home the valuable steps they should be taking at each stage.

While some teams choose to stick with and follow one methodology closely, others choose to study several popular methodologies and pick bits and pieces they find useful from each.

Regardless of which approach you take, it’s a good idea to stay abreast of what's new and changing over time. As the needs and desires of buyers change, different approaches, methodologies, and ways of doing things will fall into and out of favor.

Your sales process map will always be a work in progress

Your sales process is never "done." It should always be a work in progress, and it’s wise to get in the habit of stepping back to review how you think about your sales process every four-to-six months with the folks who are in the trenches selling every day -- in addition to watching performance metrics on a daily basis.

Every Sale Has Five Obstacles:
no need,
no money,
no hurry,
no desire,
no trust. 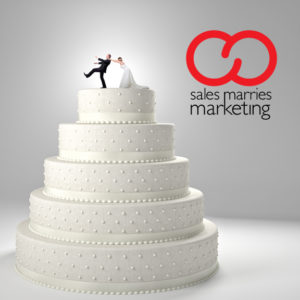 Sign up for our latest and greatest marketing and sales insights.

Let's talk about it. 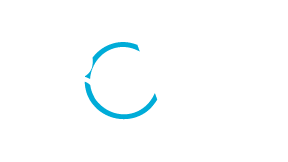